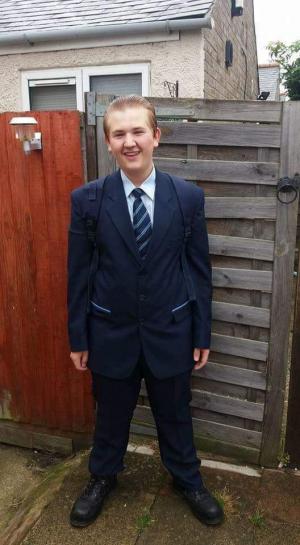 A determination to support his step-dad by taking on a skydive has helped a Newmarket boy lose a massive five stones in weight.

Danny Parker, 17, wanted to do the 1,0000 ft  jump to fundraise for Muscular Dystrophy UK because his step-dad, Peter Neville, has Charcot-Marie-Tooth (CMT) disease.

It has taken him four years and a lot of effort to reduce his weight to 11 stone 6 pounds, but he is finally there. He’s all set to jump at Chatteris Airfield in Cambridgeshire next Saturday (21 March.)

I am extremely proud of him. Not only has he followed his dream to do a skydive, he has lost an enormous amount of weight and in the process developed a much healthier lifestyle.

I’m taking this jump to raise awareness and funds for research into muscle-wasting conditions. It’s been a dream to jump. I saw a skydive while fishing with Pete at Block Fen Mepal, near Ely in the spring of 2016, and I thought: ‘I can do that’ before realising I needed to lose a huge amount of weight first.

Danny took to his bike to cycle off the pounds, changed his diet and generally became far more active. He followed a slimming book to make simple effective changes in cooking processes, like using spray vegetable oils and substituting sweets for fruit.

Three to four miles on my bike a day and boom, it fell off. Last year it was becoming a reality and I said it Peter: ‘Look I can do this now’. Pete said I could do it for the charity and checked out the MDUK website. Bring it on.

You can support Danny here

Peter administers a CMT Facebook group, which is now in its fourth year, and has 1,408 members. He said, “That’s lot of CMT knowledge, support and true understanding of the pain and suffering we go through. We now have three private chat groups – men, women and teens-through-20s – all  offering support with mental health and other issues arising from CMT.” 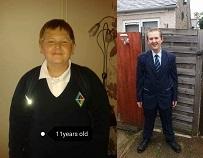