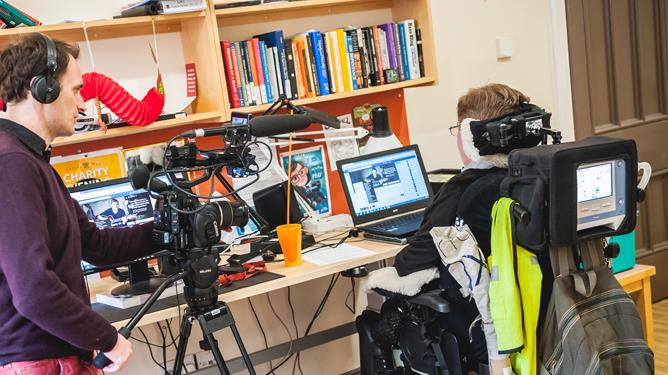 We can help with information about the charity’s work, about muscle-wasting conditions and the people affected by them, about research, campaigns, events and more.

For this – or anything else – please get in touch.

For all media enquiries: 0207 803 2870
Email: pressoffice@musculardystrophyuk.org 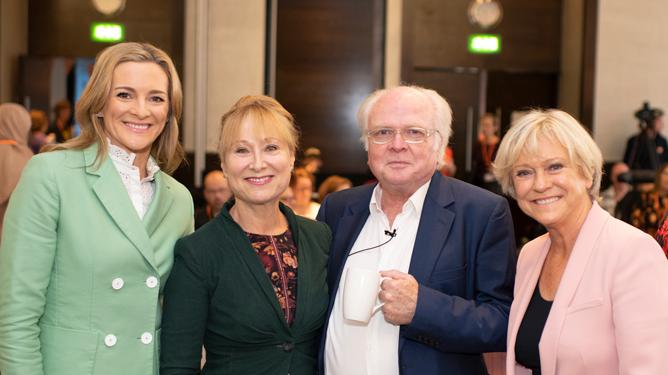 Gabby Logan was appointed President of Muscular Dystrophy UK in 2018. She follows Sue Barker MBE and the late Lord Richard Attenborough, who were both active and dedicated Presidents for the charity

A long-term supporter of Muscular Dystrophy UK, Sue Barker became an Honorary Life President in 2018. Sue has been involved with the charity since 2004, meeting hundreds of supporters and supporting numerous charity events.

Gold-medal-winning Paralympic swimmer Ollie Hynd has been an Ambassador for the charity since 2012. Ollie has neuromuscular myopathy, and has offered advice and encouragement for other young people affected by muscle-weakening and -wasting conditions who are interested in getting involved in sport.

Paralympic GB Boccia players Peter and Stephen McGuire are dedicated to fundraising for the charity and raising awareness of muscle-wasting conditions. They are both living with an undiagnosed form of muscular dystrophy. They feel passionately about helping young people with muscle-wasting conditions get the equipment they need to be independent and to thrive.

Gordon Smith has been a professional footballer, Chief Executive of the Scottish Football Association, a BBC Football and Scottish Match of the Day pundit, and Sunday Post columnist. He lends his valuable support to Muscular Dystrophy UK fundraising events in Scotland and helps to raise awareness of our work.

Journalist Chloe Ball Hopkins is a powerful advocate for disability rights and has worked with ASOS to design wheelchair-friendly clothing. Chloe was also a Paralympian in archery before picking up a shoulder injury.

Monty enjoyed a successful English international cricketer who remains passionate about the game. He made his Test cricket debut in 2006 against India in Nagpur and One Day International debut for England in 2007. Monty has been an active Ambassador for MDUK since 2019 after being inspired to help the charity following his appearance at the MDUK Sports Quiz in 2018.

Jordon is a Scottish television, film and stage actor best known for his regular role in soap drama River City. Jordon became an Ambassador for MDUK in 2019 after attending the Scottish Question of Support event, he is passionate about helping the charity due to a family connection with the condition having sadly lost two Uncles to muscular dystrophy.

Mary has played a fundamental role in securing UK-wide investment in specialist healthcare, and is working with us to ensure people benefit from groundbreaking and high-cost treatments.

Baroness Celia Thomas knows first-hand of the struggle people with muscle-wasting conditions face to get vital care, to manage symptoms and to protect health and quality of life. Celia, who has Pompe Disease, has been a supporter of Muscular Dystrophy UK for some years, determined to see improvements to specialist care in the UK. She works tirelessly to ensure vulnerable families living with muscle-wasting conditions have access to the NHS care and support they nee 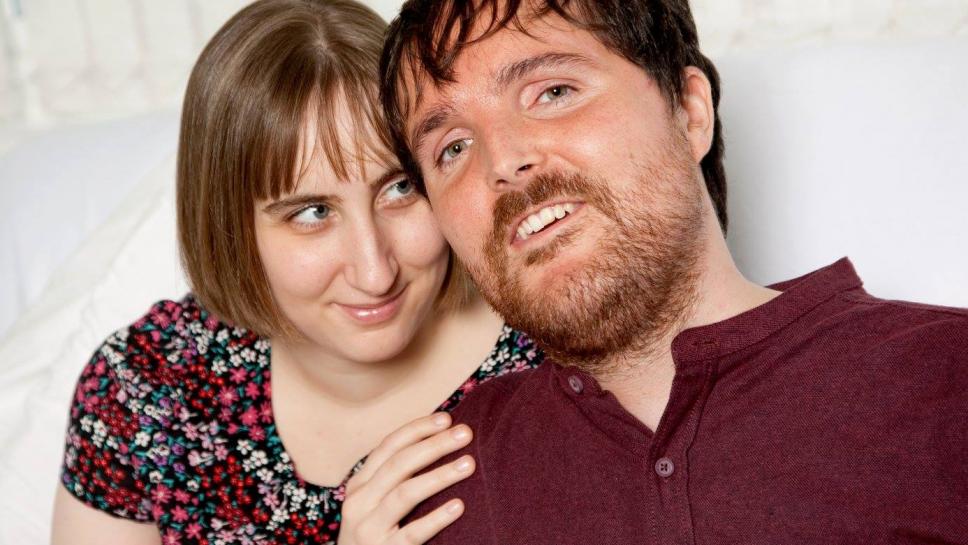 A husband and wife with life-limiting muscle-wasting conditions have revealed the devastating ongoing impact the Covid-19 pandemic has had on their physical and mental health.

On a normal day, Charlotte and Tom Hardwick, both aged 30 and from Nottingham, say they would be at risk of dying if they were to catch a common cold. They are classed as clinically extremely vulnerable because of their rare and progressive muscle-wasting conditions, and over the past 18 months have experienced huge disruptions to vital care and medical appointments amid the pandemic.

Today (Wednesday July 21), Muscular Dystrophy UK will present vital findings and urgent recommendations before an All Party Parliamentary Group following a landmark survey conducted earlier this year that asked people about their experiences of the pandemic.

Charlotte and Tom are just two of the UK’s 70,000 people living with muscle-wasting conditions who need the report’s recommendations to be addressed and implemented as a matter of urgency. This is because it’s essential that people living with a muscle-wasting condition have access to specialist health care, regular exercise, daily essentials, care packages, family support systems and physiotherapy to lead safe and healthy lives.

But key findings from our survey found:

We’ve lost nearly all of our regular hospital input and accessing appointments. We haven’t been able to physically attend appointments and normally we’d have regular cardiology and respiratory appointments but these were all put on hold. We’re still chasing results from appointments that took place more than six months ago. I feel scared that nobody’s really monitoring what’s going on with us. There are massive inequalities to accessing healthcare when you have a disability and Covid-19 has shone a magnifying lens on this.

Even before the pandemic we had a sense that provision was shrinking dramatically in terms of a specialist and co-ordinated approach to our care. The pandemic has massively exacerbated and accelerated this originally-existing problem, especially in relation to occupational therapy and accessing equipment.

Muscular Dystrophy UK is calling for both short and long-term recovery priorities from the government to improve the lives of people living with muscle-wasting conditions. These include:

Both of us are majorly concerned about what Freedom Day really means for people living with muscle-wasting conditions. We will be tightening up on the rules that we use with our carers in order to keep safe. The anxiety is crippling. This is our lowest point in terms of feelings about the pandemic specifically. Having better joined-up care would make us feel like there is a safety net there to protect us.

We’re not at the end of life stage and still have plenty of living to do but we’re also not fixable either. There urgently needs to be a more holistic approach to services that span both health and social care and we hope that the government listens to and adopts Muscular Dystrophy UK’s recommendations from their report.

Thousands of people living with a muscle-wasting condition have experienced significant deterioration in their overall wellbeing throughout the pandemic. Many services including specialist neuromuscular services referrals and diagnostics were halted or significantly reduced, leaving people with delayed diagnosis and no access to expert care. Consequently, many people living with these conditions have been unable to receive the full treatment and care they need and are at severe risk of faster progression of their conditions. Muscular Dystrophy UK urges the Government, NHS decision-makers, and NHS clinical staff across the UK to implement recommendations from our report to ensure people with a muscle-wasting condition receive the care they need to improve overall health outcomes and quality of life.

Catherine leads Muscular Dystrophy UK’s core campaigns and our work to improve access to treatment for people living with muscle-wasting conditions. She is available to discuss and comment on all aspects of the charity’s work and issues affecting people in our community. 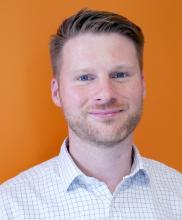 Robert oversees Muscular Dystrophy UK’s campaign work in the four UK Parliaments, our information and support team, advocacy service and work with the NHS to improve expert care for muscle-wasting conditions. He is available to discuss and comment on key charity reports, muscle-wasting conditions and health and social care issues affecting people in our community. 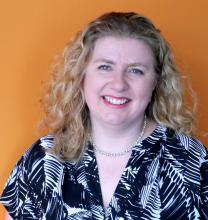 Kate oversees Muscular Dystrophy UK’s research team. She is available to discuss and comment on research into muscle-wasting conditions and related neuromuscular conditions, as well as emerging treatments.