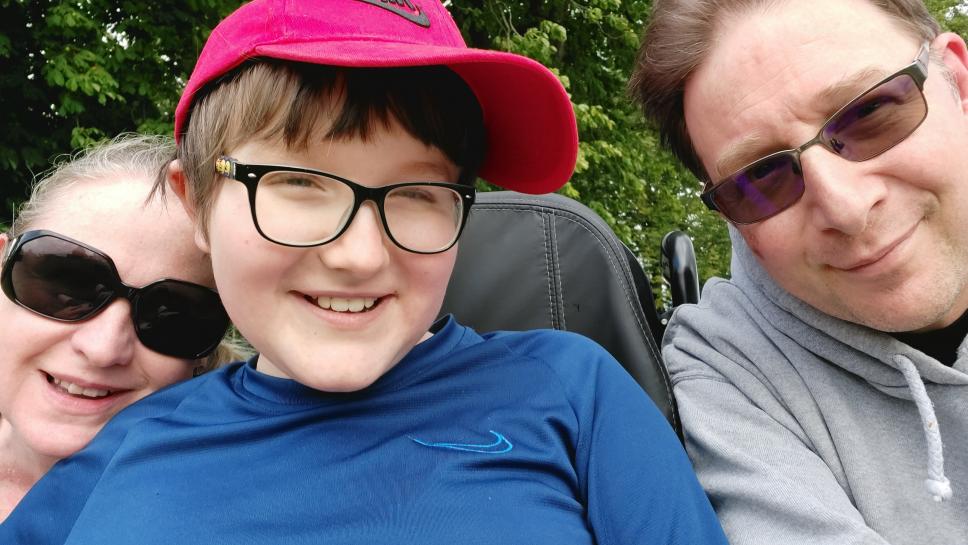 We met former MDUK CEO Robert Meadowcroft at an annual Conference. It was a huge boost to be told that he loved the idea and wanted to trial it on the MDUK calendar. We had the full support of the charity very close to our hearts!

Fast Forward seven years and Sammy is now 12. He has now sadly lost his mobility. But we have raised £29,624.50 since 2017 and our aim is still the same: to raise awareness and maintain hope for that vital cure for children like Sammy and others.

We want to reach as many schools, families and businesses across the UK as possible. Watching our campaign evolve over the years has been incredible! Giving us the inspiration and passion to keep going to raise funds for the charity.

We are hugely proud of Bake a Difference. The fact it’s grown across the UK, Scotland, Ireland and Wales is a huge testament to the team and who work tirelessly to build it every year. I recall the first time I saw a full advert of Sammy in the Metro. It was a fantastic moment!

It has gone on being a huge challenge. This involves contacting publications and newspapers around the UK to get free adverts and articles in their publications.

When people ask me what it’s like being the co-founder of Bake a Difference and why we fundraise I say because lots of families enjoy baking! And we have always wanted to put the fun back into fundraising! And I ask them if they can be the secret ingredient to help bake a difference?

Now in our seventh year and I have to pinch myself when you look at how far we’ve grown and the support we’ve had along the way.

This August we have managed to secure support from Primary Times to support us nationwide.

This is like winning gold at the Olympics and it is really exciting because having a company believe in our vision and share it, goes a long way to helping us raise the profile of our campaign.

If one door opens or doesn’t open, try another door. Perseverance pays off. For me this is like needing to adapt during the lockdown.

Find out more and sign up to Bake a Difference this year.