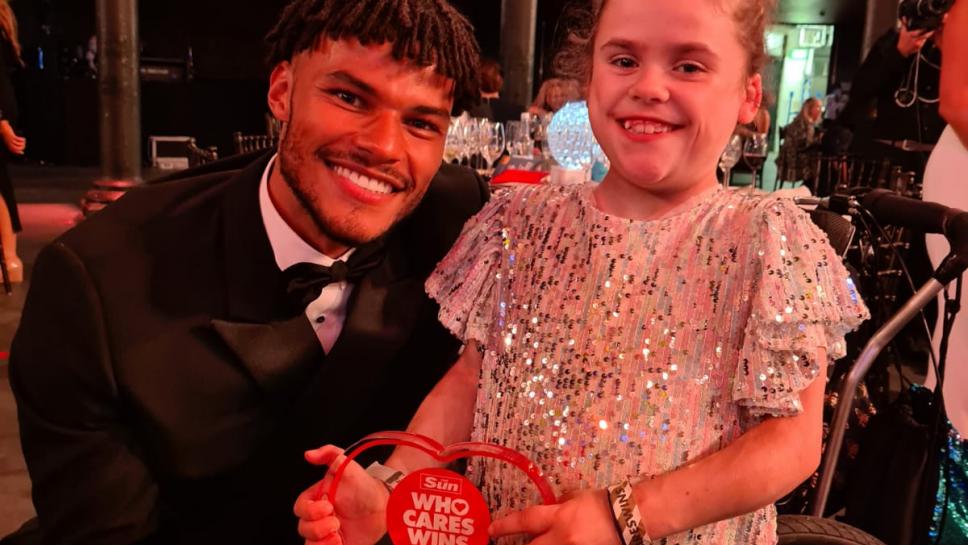 Carmela Chillery-Watson has won the Young Hero category at The Sun's Who Cares Wins awards in recognition of her incredible fundraising efforts for MDUK.

Seven-year-old Carmela lives with the extremely rare condition LMNA-CMD which means she experiences severe pain and discomfort every single day.

Despite the physical challenges she faces, Carmela has raised more than £50,000 for MDUK over the years through a number of impressive fundraising activities.

Last year, Carmela (then aged six) walked the equivalent of a marathon every day for a month while dressed as her favourite superhero Wonder Woman.

Her incredible efforts were recognised at the star-studded event in front of a celebrity audience, which was broadcast last night on Channel 4.

Carmela also met a host of other famous faces on the night, including Prince William, David Beckham, and Piers Morgan. The Prime Minister, who gave Carmela a Points of Lights award earlier this year, was also watching on. 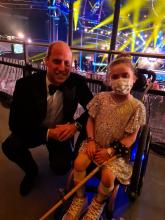 Carmela was nominated for the award by Lilly Aspell (pictured together below), who plays the young Diana Prince in the Wonder Woman films. Video footage of their special friendship was played to the celebrity audience before Carmela received her award.

I nominated Carmela because she is a true inspiration for everyone. Her resilience and bravery to help others makes Carmela a true Wonder Girl, and I am so happy that she won this award! 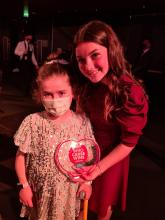 Carmela didn’t know she had won until her name was announced on the night. She said:

I can’t believe it, especially as there were so many amazing finalists! Muscular Dystrophy UK has really helped my family so I always try to be brave like Wonder Girl when I’m raising money for them.

We’re thrilled that Carmela has won such a prestigious award in recognition of her fundraising efforts for Muscular Dystrophy UK. Despite the pain she faces on a daily basis, Carmela is determined to help the UK’s 70,000 people living with a muscle-wasting condition through her fundraising. She’s an extraordinary seven-year-old who really deserves the Young Hero award. Well done Carmela!