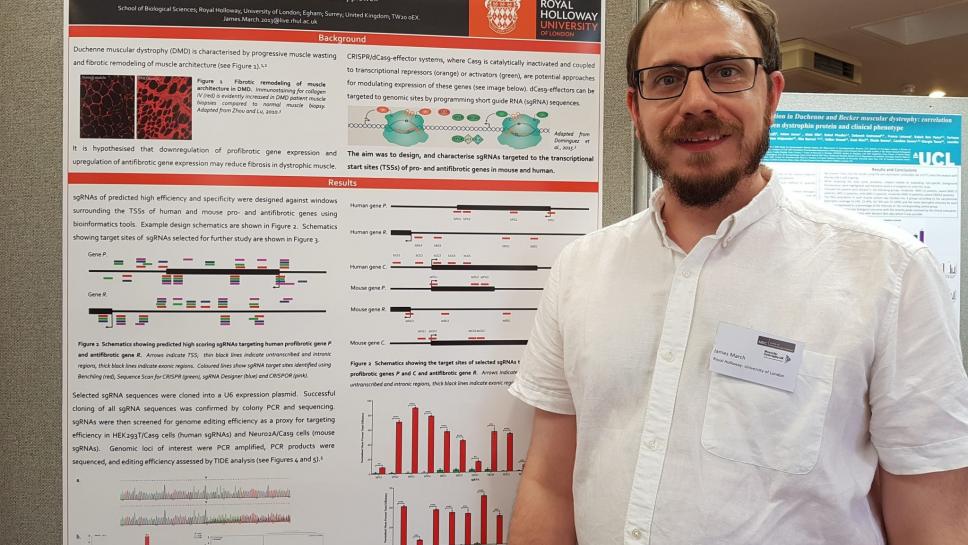 Find out what went on at this year's conference in Cambridge

The 11th UK Neuromuscular Translational Research Conference was held in Cambridge on 19-20 April 2018. Jointly organised by MDUK and the MRC Centre for Neuromuscular Disease, the conference showcased recent developments in research and was attended by eminent international scientists.

The conference included talks and posters on a range of neuromuscular conditions. We were delighted to see lots of MDUK-funded researchers in attendance, both presenting their work and networking and learning from others. Our congratulations also go to Dr Francesco Saverio Tedesco, who won a prize for his poster on his mini-muscles project.

Professor Matthew Wood from Oxford University gave the ‘Joana Domingos Memorial Lecture’ on the development of exon skipping drugs for Duchenne muscular dystrophy. This lecture was named after Dr Joana Domingos, a young clinical research fellow who sadly died earlier this year. Dr Domingos worked closely with children with Duchenne as she was involved in a number of clinical trials at Great Ormond Street Hospital.

Dr Brian Kaspar from AveXis gave an update on the company’s gene therapy trials for spinal muscular atrophy (SMA). He showed some remarkable videos of children with SMA type 1 who had received the AAV-based SMN1 gene therapy. Many of these children have reached milestones never seen in SMA type 1 e.g. rolling over, sitting, swallowing and even speaking.

The conference also featured talks on myostatin, a protein that controls muscle growth. Blocking this protein could help to increase muscle mass and strength in people with neuromuscular conditions.

However, Dr Julie Dumonceaux from University College London presented data that questions the potential benefit of anti-myostatin therapies. She showed that some people with muscle wasting naturally have lower levels of myostatin than healthy people. This suggests that anti-myostatin therapies may not work in everyone with muscle wasting. For future trials testing these therapies, it may be necessary to check someone’s myostatin levels before enrolling them in the trial.

Find out more about MDUK-funded research