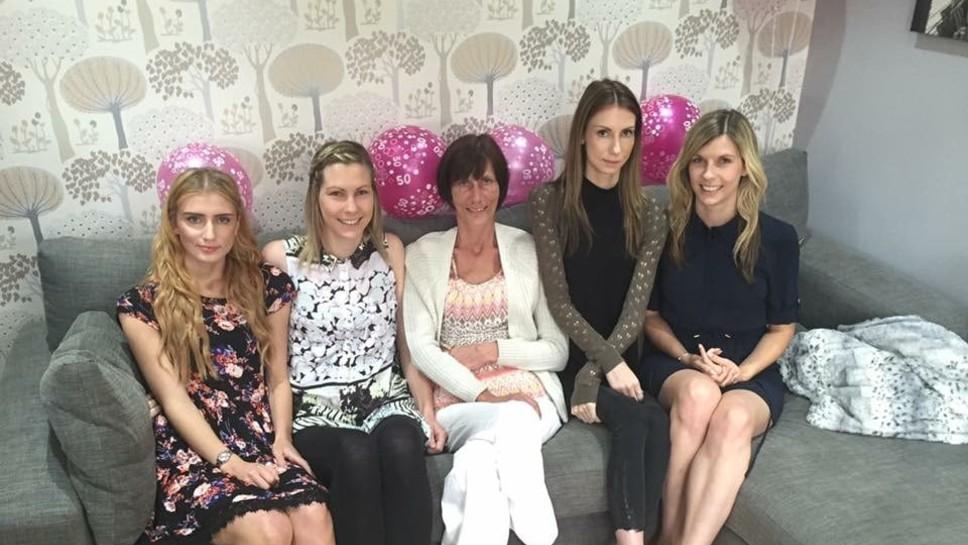 After the passing of her mum Sandra Nightingale in September 2017, Nikita Ellithorn decided that she wanted to do something in her mother's memory and so decided to start fundraising for Muscular Dystrophy UK.

My sisters and I sent an email out to everyone our work, asking for peoples support,which included our very own Smarties poem (see below). We bought lots of smarties tubes and then gave them out to our work colleagues, family and friends at the end of October. The plan was that we would asked everyone to bring us back the tubes filled with coins for just after Christmas. We had a fabulous response and everyone liked the idea and wanted to help, we managed to raise an amazing £615! To make things even better my employer, Eric Wright Construction, matched the £615 and so our total raised went up to £1230!

My mum never let her condition stop her from doing anything. She still worked part time and was even working the day before she went into hospital. She was an amazing mum to us four girls and a loving grandma to her three grandchildren. We are still all in shock and miss her very much but we know she would be proud of what we have done in her memory.”

The Smarties poem that accompanied the tubes reads –

We're giving you some smarties to eat, but the empty tube you must keep!

20 pence pieces you must find, ask family and friends they won’t mind!

Fill your tube right to the top then return them to my pot!

All funds going to Muscular Dystrophy UK in memory of Sandra Nightingale.

After the success of the Smarties Challenge, Nikita has set up her next fundraiser which is to raffle a range of Easter Hampers and she is once again being supported by her employer. We look forward at Muscular Dystrophy UK, to hear how successful this will be and would like to thank Nikita and her sisters for being so creative and driven in their fundraising, to mark the memory of their beloved mum Sandra.