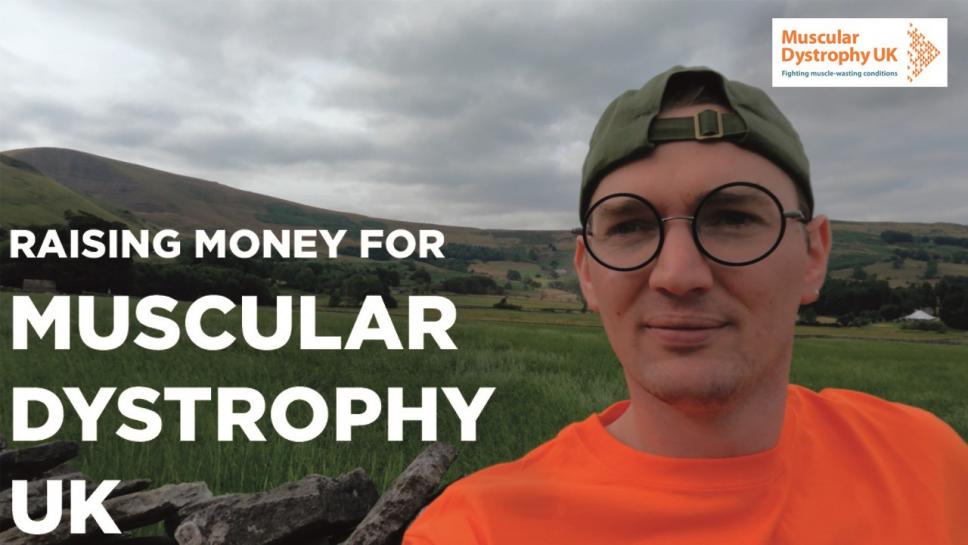 Harrison’s 20-mile hike is a hilly loop of the 'Edale Skyline' in the Peak District. It will include views of the Vale of Edale and Hope Valley and he hopes to complete it in 8-10 hours.

Starting from Hope, I will be doing the loop anti-clockwise. The last few miles of the walk will take me across the famous 'Mam Tor' and along the ‘Great ridge’ before descending back down to Hope. Harrison said:

I am very close to my wife’s family. Although, since we only married two years ago, Greg was never directly my brother- in- law, I see him as a relation now and this is my way to show support to the family. So far I have made my initial announcement video. I also plan to make a few videos about the preparation for the challenge. Most importantly, I will be filming on the day of the walk to make a special video of the challenge in action.

I hope that by doing this people who have donated will be more engaged with the challenge. For those who have not donated by the time I do the walk I’m hoping the videos will prompt them to do so. I’m using social media in the best way that I can to raise awareness of Muscular Dystrophy UK.

Have a look at his JustGiving page  as well as his 'announcement video'.

Harrison’s challenge is great as it’s unique and because he will be ‘vlogging’ his whole day ready for a Youtube video. As soon as I saw his video I knew it was going to be a great fundraiser! I am so grateful to have his support in memory of his wife’s brother.

My channel is still very young and only has a small subscriber following but it is growing slowly each week. Seeing that people would spend time watching the videos I made me think about how I could use this new 'online voice' as a way to fundraise for Muscular Dystrophy UK.