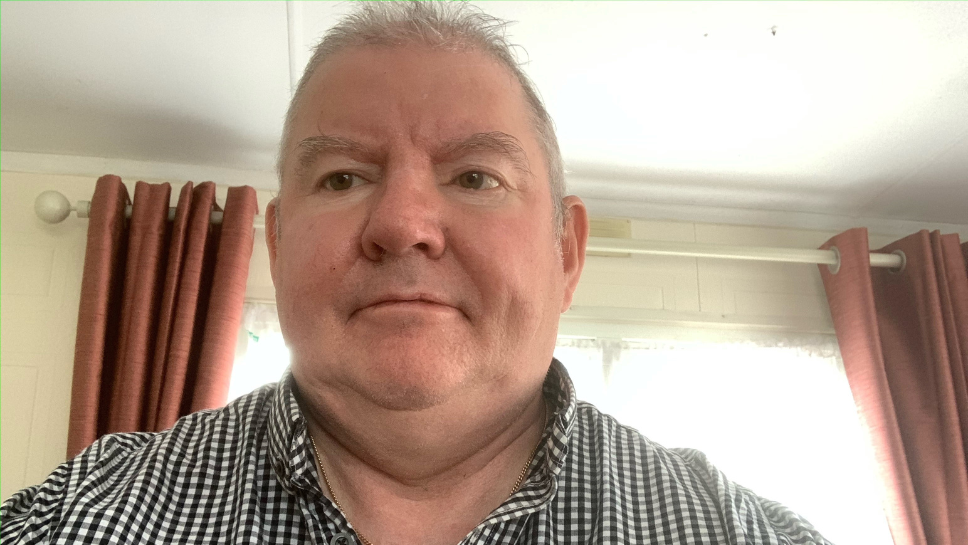 Bernard, aged 61, has facioscapulohumeral muscular dystrophy, a muscle-wasting condition which affects his mobility. He contacted the Muscular Dystrophy UK helpline after losing his entitlement to financial assistance when the system changed from the Disability Living Allowance to Personal Independence Payments. He shares his experiences about how the team helped him to reapply and regain financial support.

I used to get the highest rate of support. But when it changed over to Personal Independence Payments (PIP), I got everything taken off me. Having it the first time and then it's just taken away after consultation, suddenly I don’t have anything, even though my health hasn't improved. Obviously, with a muscle-wasting condition, it's going to get worse rather than better.

So that's when I appealed, but I still didn't get anything. So, I left it a year or two, and I reapplied. And that's the first time that I got Muscular Dystrophy UK (MDUK) involved.

My muscular dystrophy diagnosis came about 30 years ago. I went to the doctor because I was having problems with my back. He referred me to a specialist, and it was while the neurologist was looking at my back that he said, ‘Did you realise one leg’s thinner than the other?’

That initiated the muscle biopsy and all sorts. After various tests, I was diagnosed with facioscapulohumeral muscular dystrophy (FSHD), a muscle-wasting condition that affects the face, shoulders, upper arms, and legs.

Living with a muscle-wasting condition

At first, I was still fairly mobile; I was even a postman for years. As I got older, my mobility has reduced significantly, and being able to lift things, like carrying the bags from the car to my front door, has become more awkward and I sometimes use a mobility scooter.

Although I’ve got muscular dystrophy, you’ve got to have a positive outlook on life. I'm not as mobile as I used to be, but I still try to live life to the full.

I called the helpline and explained my situation. We went through the PIP application form, and she sort of suggested things to put down and she also wrote a covering letter. She'd actually spoken to someone at the Department for Work and Pensions (DWP), which proved very useful.

After that application, I managed to get the standard rate of financial support.

Further support from the helpline

But just this last year or so, I thought, well, things have gotten a bit worse. So that's when I reapplied, and again, they didn't give me the enhanced rate of support. I literally didn’t qualify by one point on both the components.

That’s when I called the helpline again and spoke to Paige at length. She wrote a tremendous supporting letter, and I had another letter from a consultant clinical psychologist, who happens to be a close friend and has seen my health deteriorate over the years. Following that application, the DWP gave me the extra points that I needed.

I'd like to think it was through the help of Paige, her understanding of the situation, that helped my case. She knew exactly what I was talking about. I think that that was important. The fact that people could understand me, that they knew where I was coming from.

Securing PIP helps me to afford to run my car because obviously, that’s not cheap at the minute. And it helps me with getting the blue badge status.

The helpline opens up opportunities in other areas too. We were talking about turning my shower into a wet room and I’ve been looking at links on the MDUK website about funding applications.

It's all one less thing to worry about. It's a big, big relief to finally get it. All in all, I'm just grateful for the help that MDUK gives. There's always someone there who will talk in some aspect, whatever it might be. Without the charity, I think a lot of people would be lost. I think if it hadn’t been for MDUK, then a lot of people would be very much up the river without a paddle.

We’re here to help with the everyday realities of living with a muscle-wasting condition. To find out more, visit our Get Support page or call us on 0800 652 6352.