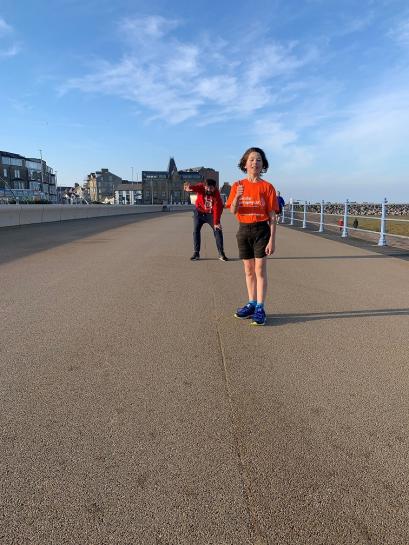 Classmates at Moorside Primary School, Lancaster, applauded as ten-year old Ethan Wilson-Fish completed his last daily run at school as part of a fundraising plan which has seen him run five kilometers every day in November.

The Year 5 boy has run through different routes in Lancaster’s streets as he fundraises to help a family friend whose son lives with a muscular dystrophy condition.

Ethan’s dad Oliver, who kept up with Ethan on his daily runs, has stayed in touch for 20 years with his old school-friend Lucy Stenbeck as their families grew up.

As a family they have had to face something we did not. Eight year-old Jett has a severe form of Becker muscular dystrophy which means his legs and arms are weak and feel heavy and sore all the time. He suffers excruciating cramps and it also affects his heart and brain.

He has learning delays and finds life very challenging and he has to wear uncomfortable leg braces to slow the rate at which his tendons shorten.

Despite all of this, Jett and his family. who live near Ripon, are very positive, full of fun and responsible for bringing the ‘REAL’ Father Christmas to their local village hall each year, which is one of the ways they raise money for Muscular Dystrophy UK.

We decided they should not have to raise money alone and to do the daily run to help.

I was thrilled when Oli told me Ethan wanted to raise money for our family fund, The Jett Pack, and amazed that he has raised over a thousand pounds through his friends, our friends and even total strangers donating.

This is such a heart warming story of a friendship formed at school bringing two families together to support the charity. I have followed Ethan’s progress through the month and his is inspirational. We can’t thank him and his dad Oliver enough for their efforts.

You can support Ethan on JustGiving. 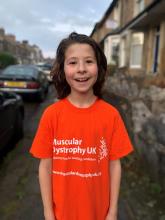 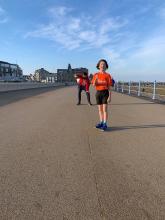