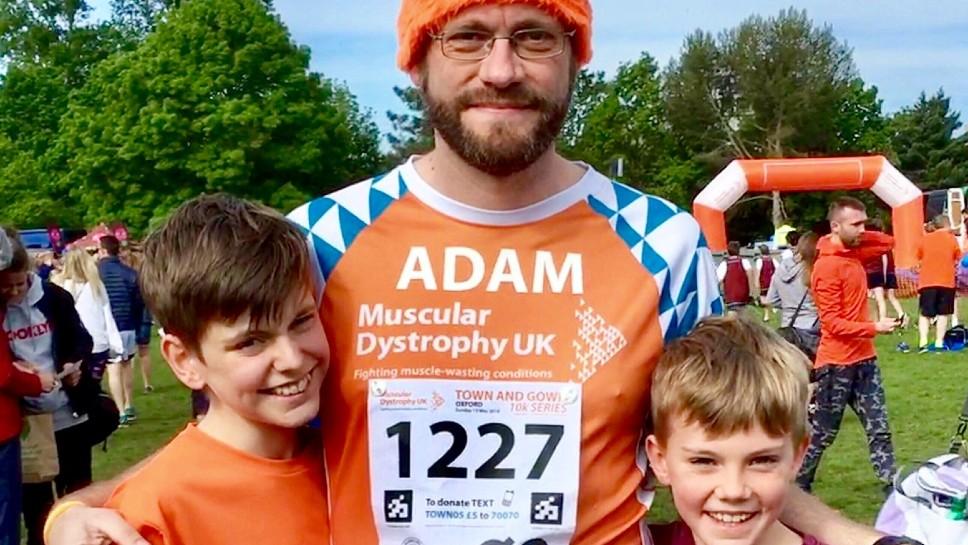 Adam Smith, who has a fantastic running history, will run about 437 laps of his garden path and driveway, on 26 April, wearing his stand-out orange gnome hat.

Adam had signed up to run this year’s Oxford Town and Gown 10k, an incredible four times in succession, turning  the 10k into 40k. With the event cancelled, he has planned a replacement virtual event.

I saw a news story about a guy on lockdown in a flat in northern Italy doing a marathon on his seven metre balcony. Then a couple in France did a marathon in their flat. And then someone in the UK broadcast his garden marathon on Facebook live. So I won’t be the first, but there’s no way I’m going to miss this opportunity to create my own ridiculous event.

He said boredom would be a real problem, and not having the crowds to cheer him on would be tough.

But we might rig up a speaker in the garden to take requests from people following the Facebook livestream, and my family will be there to cheer me on. Passers-by and local friends and neighbours will also be able to give me a cheer from the road, keeping a safe distance of at least two metres of course!

It’s going to take ages! Normally a marathon for me takes about four hours, but my training has been severely curtailed because of the movement restrictions (I have self- limited to an hour of exercise a day, which is not nearly enough) and I will struggle to get into a nice steady pace in such a short space. So I’m targeting five hours, maybe six.

With several family members living with myotonic dystrophy, Adam started taking part in the Oxford Town and Gown 10k 10 years ago. He said he needed a target to encourage him to run further and was impressed that it was organised by Muscular Dystrophy UK.

Adam’s late mum, uncle and cousin all had the condition. His brother Douglas, who uses a wheelchair, also has it. That first race 10 years ago was the first time Adam, had raised funds for MDUK, but he has not looked back. So Adam and his wife Cath have raised £25,000 for MDUK.

Adam’s sons (pictured) Dan (left), who is now 14, and Louis (right), 11, have also run with him. Adam plans to live-stream the event on Facebook at www.facebook.com/gnomerunner.

You can donate to Adam’s JustGiving page here

Learn about our urgent appeal and how you can help.