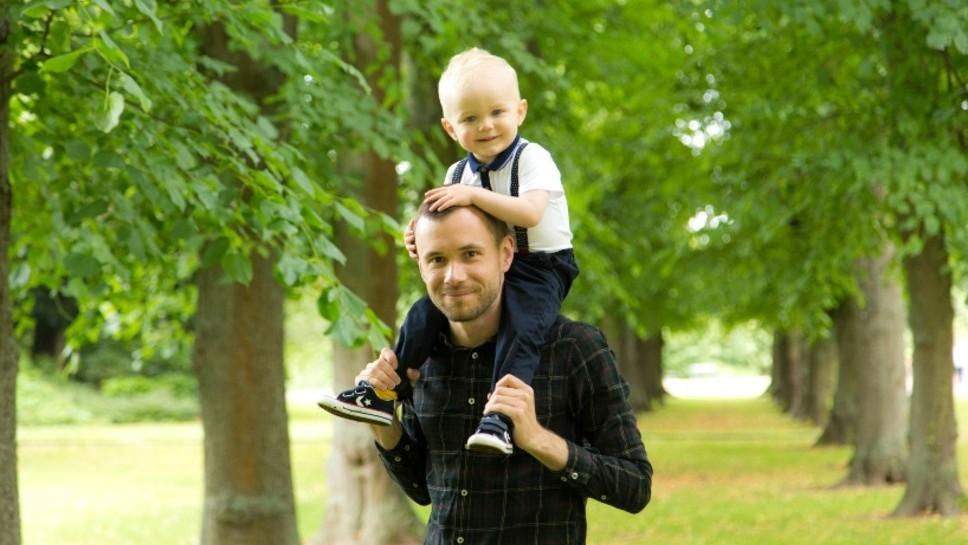 A group of Middlesbrough teenagers walked from Riverside stadium to Redcar Seafront on Wednesday 14 July, inspired by Henry Robson, who has Becker muscular dystrophy

The group voted unanimously to fundraise for MDUK after Henry’s dad, Youth Support Coordinator Keith Robson called by to tell them about his son. Henry’s diagnosis of Becker muscular dystrophy was a serious shock for the family when they received it, last November.

The fundraising is part of a two-week summer camp of activities run by Steven Portues, MFCF Disability and Inclusion Lead.

Steven, who works closely with Keith, is delighted the group has chosen to support Henry Robson. He said:

They are on a two-week camp and in this second week we give them suggestions for their social activity. They have totally gone for this and all fundraising as fast as they can, with families and friends. They have also designed and made posters to support mental health and have put these up on lampposts and in shop windows during the walk. I hope these really cheerful designs will bring plenty of smiles.

We are absolutely delighted and humbled that Henry's story has inspired MFC Foundation's first NCS cohort of the summer to undertake a social action in support of MDUK. They are an exceptional group of young people who should be really proud of the impact they have made whilst on the programme in raising awareness of muscle-wasting conditions.

The walk will be followed by another MDUK fundraiser, a coffee morning on Friday at the Bridge Café at Riverside Stadium. The group are to source cakes tea and coffee and invite people to pay to attend.

It is fantastic to see these youngsters from Middlesbrough gathering round to support Henry Robson and MDUK as part of their summer camp activity. I hope the sun shines for them - we would like to thank them all very much.